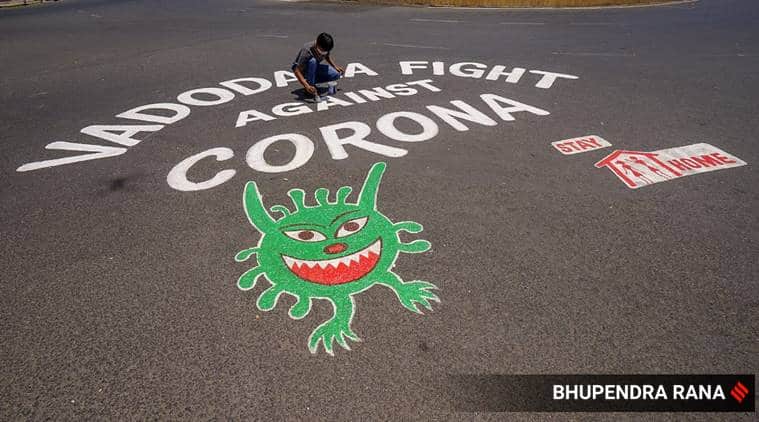 JUST OVER a week after a division bench of the Gujarat High Court made some scathing observations on the state government’s handling of the Covid-19 situation, a bench headed by Chief Justice Vikram Nath has said that “if the state government would not have been doing anything, as alleged, then probably, by now, we all would have been dead”.

On May 22, a division bench headed by Justice J B Pardiwala, and including Justice Ilesh Vora, had said the state government was trying to “artificially control” the Covid-19 situation and called the Civil Hospital in Ahmedabad “as good as a dungeon”. This bench had been hearing a PIL on Covid-related issues since May 11.

On May 28, a new bench — headed by Chief Justice Nath and including Justice Pardiwala — was notified to hear the PIL.

A day later, this bench said: “Our message is loud and clear… All those who cannot extend their helping hand in this difficult time… have no right to criticise the functioning of the state government. If the state government would not have been doing anything, as alleged, then probably, by now, we all would have been dead. All that we are doing in this litigation is to keep the state government conscious and active by reminding it of its constitutional and statutory obligations”.

It said that highlighting just the shortcomings of a government “only creates fear in the minds of people.” Saying that its orders “are being misused for some oblique motive”, the court asked everyone to “be very careful” before commenting on its orders pertaining to the PIL.

“In our opinion, the PIL is meant for the benefit of the lost and lonely… PILs are not meant to advance political gain and seek political mileage… In times of crisis, we need to bind, not bicker. The Covid-19 crisis is a humanitarian crisis, not a political crisis. Hence, it is imperative that no one politicises this issue. The uncertainty about Covid-19 and its impact on our economy makes it even more important that the government does the right thing in terms of its policies,” said the bench headed by Chief Justice Nath.

“In these extraordinary circumstances, the role of the Opposition is equally important. There is no denying that the role of the Opposition is to hold the government to account, but in times like this a helping hand would be more beneficial than a critical tongue… Merely criticising the government in power is not going to magically cure people of Covid-19, nor is it going to to make the dead come back to life… While adversarial criticism may do no good, constructive criticism can help,” it said.

Saying that it “would not interfere with the functioning of the state government”, the bench said the “court steps in by mandamus when the state fails to perform its duty”. “All good work that the government would do will surely be appreciated and hailed. If we find any remiss, negligence or carelessness, we shall come down heavily… We would like to observe that the state government has taken up this litigation in public interest very seriously,” it said.

The court directed the state government to specify the medical protocol for different categories of patients “so that no life is lost because of any kind of negligence”.

On the Civil Hospital in Ahmedabad, the main government Covid-19 facility in the state, the court said the “administration has geared up and is doing quite well”, while noting that the hospital now had additional healthcare staff and 47 ventilators. It said it would “keep a close watch” on the hospital.

On May 22, the bench of Justices Pardiwala and Vora had compared the situation to the “sinking of the Titanic”. “We are very sorry to state that the Civil Hospital, Ahmedabad… appears to be in an extremely bad shape… the Civil Hospital is meant to treat patients. However, it appears that as on date, it is as good as a dungeon. May be even worse than a dungeon,” it had said.

The bench had pulled up senior officials and asked if the state health minister (Nitin Patel) and principal health secretary (Jayanti Ravi) had “any idea” about the problems faced by patients and staff. It had questioned the state government’s decision to play “gatekeeper” and decide when private laboratories could start testing as intended to “artificially control the data qua the number of cases”.

The government said on Friday that an analysis of the Covid-19 deaths at the hospital found that “83.24% of the deceased patients suffered from severe comorbidities”.

The matter will now be taken up on June 19.